Hey peeps!  It's Space Week around here, and I just wanted to pop in and show you the craft we've been working on. 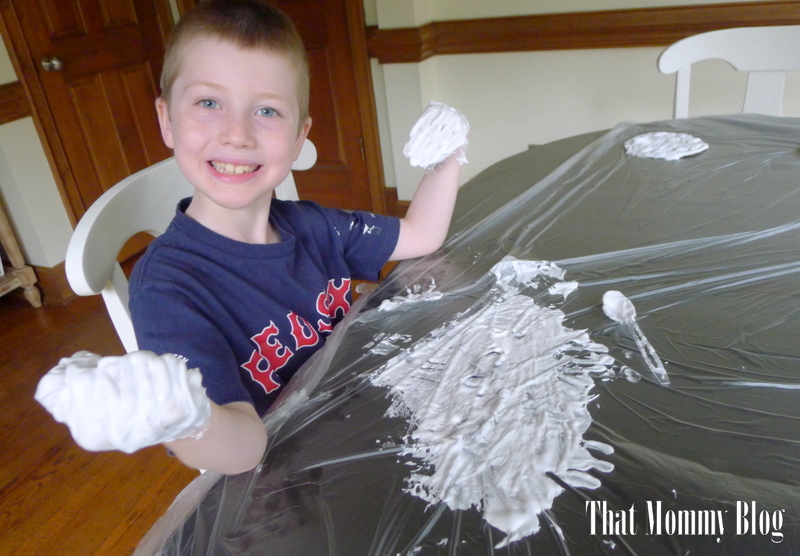 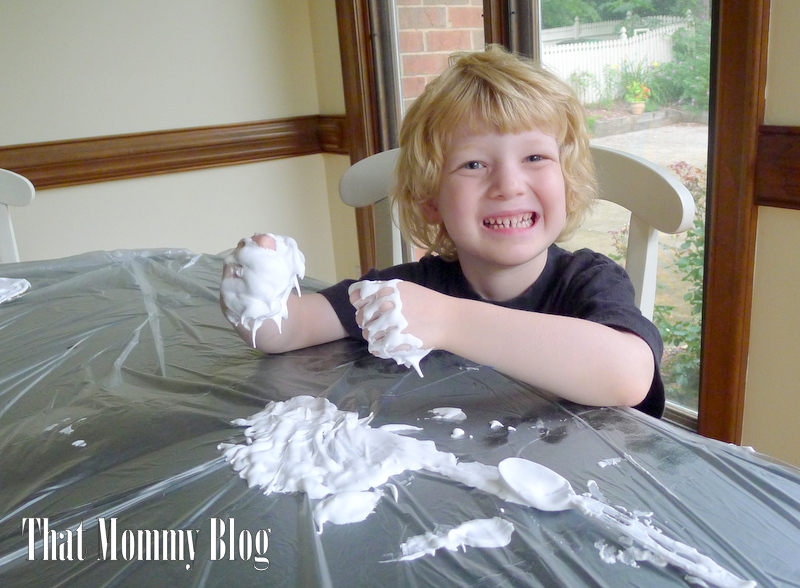 This is some super gooey fun!  Also a good chance to practice handwriting: 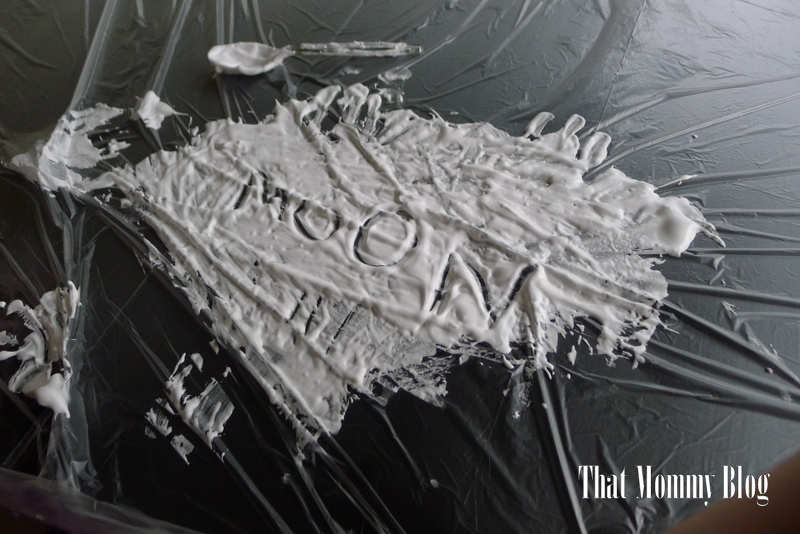 It's great because it has engaged the boys for a couple of days: first day we made the puffy moons, second day we glued them to black cardstock and decorated around them using a silver pen and adhesive foam stars. 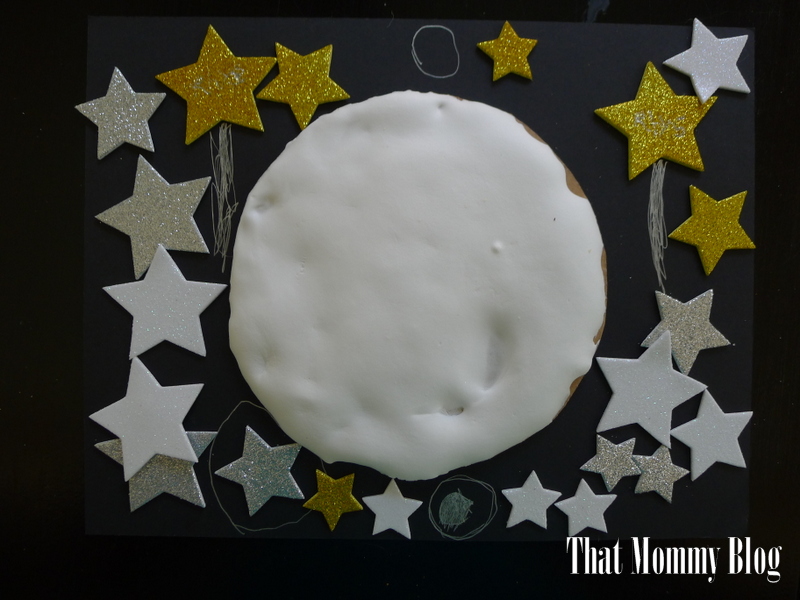 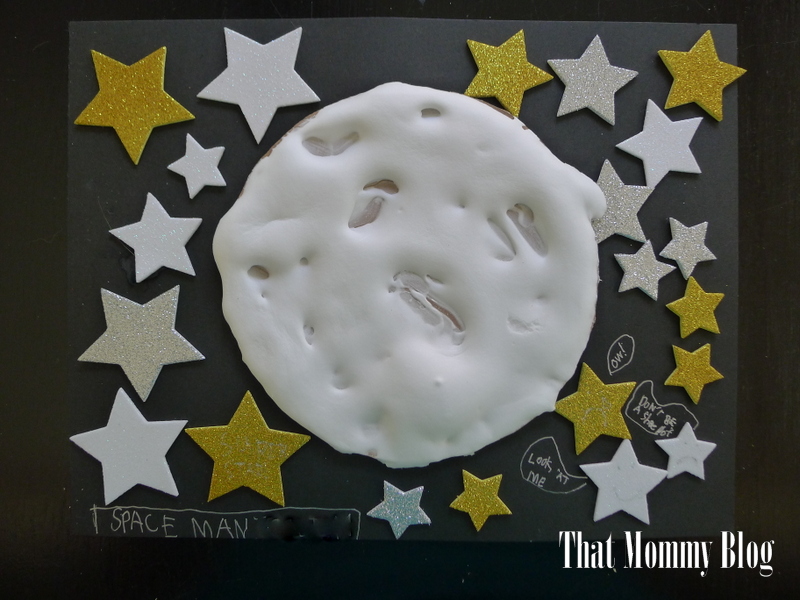 FYI, I got the idea for the moons and used the recipe from No Time for Flashcards.  It's 1/2 cup of glue and 1&1/2 cups of shaving cream.  I cut circles out of cardboard before applying the puffy paint, just thought that would be easier.

I've also done some cute lunch and snack ideas: sandwiches cut with moon and star-shaped cookie cutters, and rockets made out of crackers and cheese.  I didn't take pictures of either one because some weeks I'm just a bad blogger. Bad, but not terrible, because aren't these moons so cute?