Little Boo turned seven this week {wait, what?  Seven?  Surely that can't be right.}  One minute ago he was my tiny baby and now he's super big and throws Pokeballs everywhere. 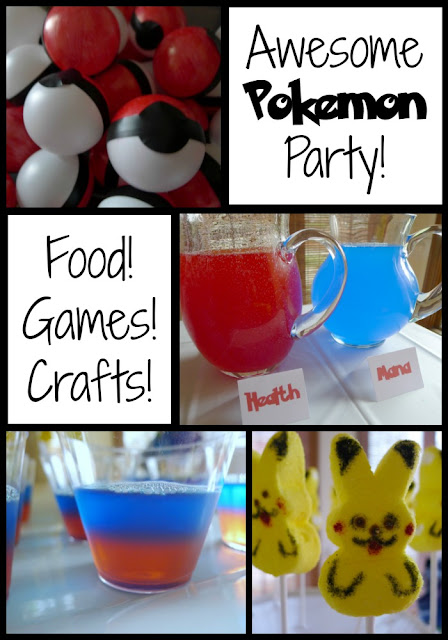 To be honest, I was intimidated by the Pokemon theme, but his party turned out super fun...he was on cloud nine and loved every single thing.  Here's the scoop on our food, crafts and games!


Food Ideas
I kept the food pretty simple with a few fun twists. 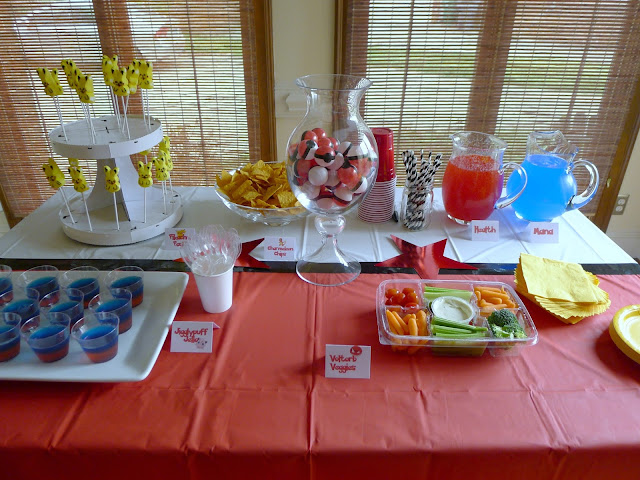 Our drinks were "Health" and "Mana" (red and blue Gatorade): 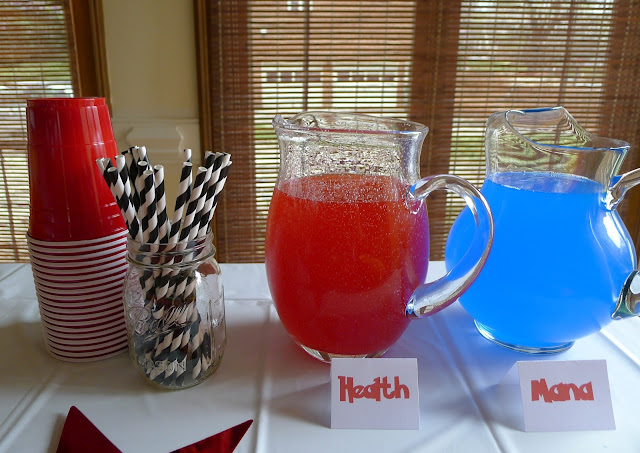 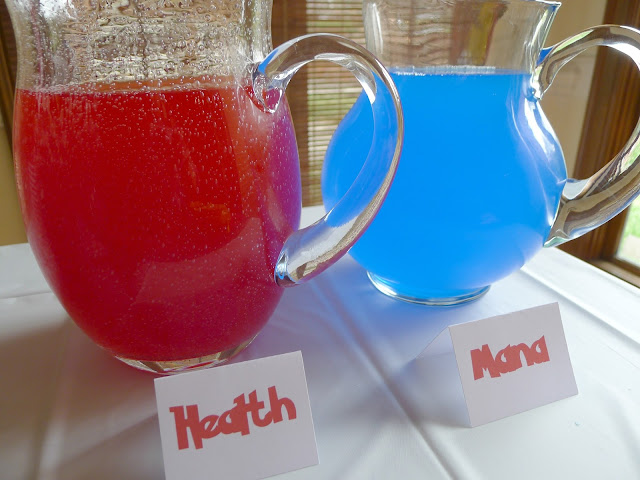 The most creative thing I did was turn Peeps into Pikachu (definitely grab those Peeps up now while they're in all the stores for Easter): 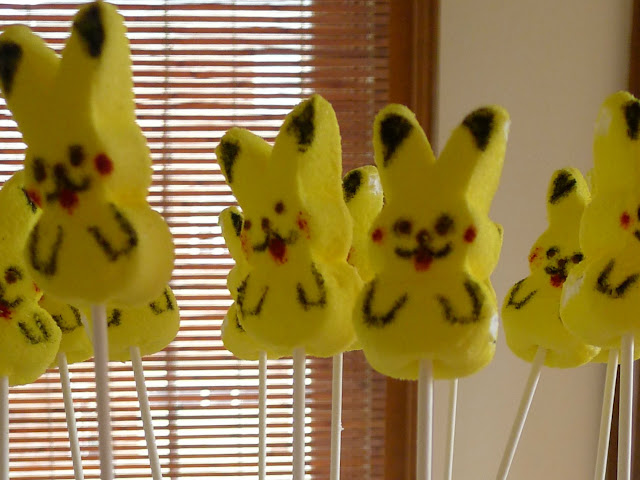 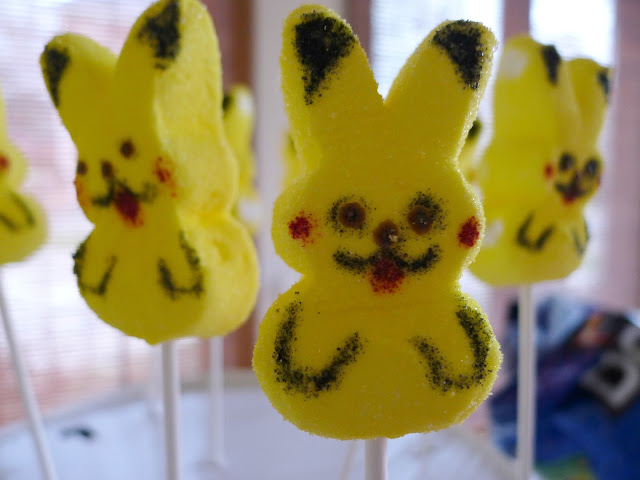 To make them I used food coloring markers similar to these.

I wish I could have made the lines more precise, but the kids *adored* them.  Quick tip: you can make these many days in advance as long as you store them in an airtight container--the marker won't bleed over time.

I also made Jigglypuff Jello (watermelon was the closest I could get to pink): 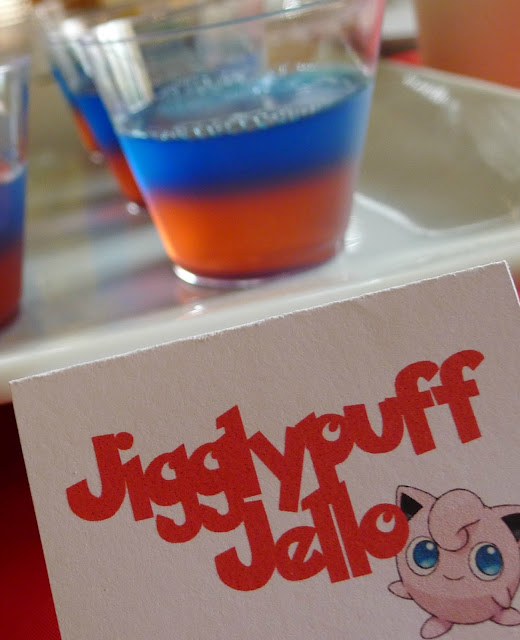 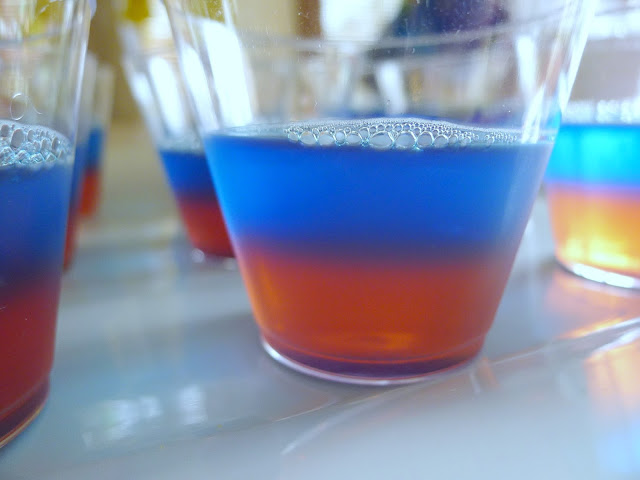 And in a nod to actual health, served Voltorb Veggies: 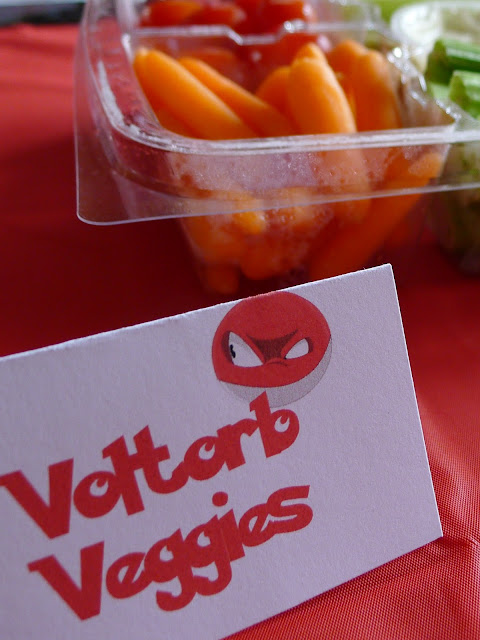 Then immediately canceled out the health with Charmeleon Chips (aka Doritos): 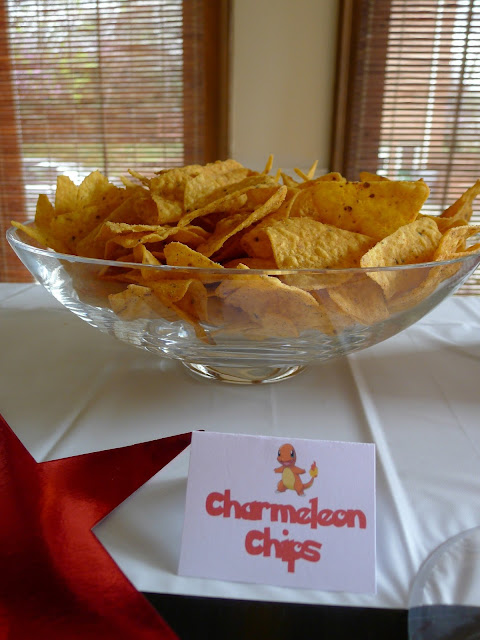 For my son's cake I made a 4-layer cake with plenty of frosting, and used red and black sprinkles to make a Pokeball.  Because when it comes to baking I am all about simple.  Fondant and me are not friends. 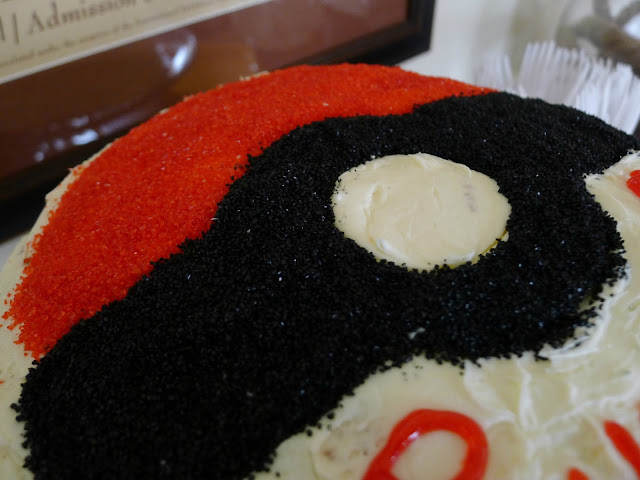 Craft Ideas
The first activity the kids did was actually a craft!  I set up the dining room as a spot to make your own Pikachu Ears. 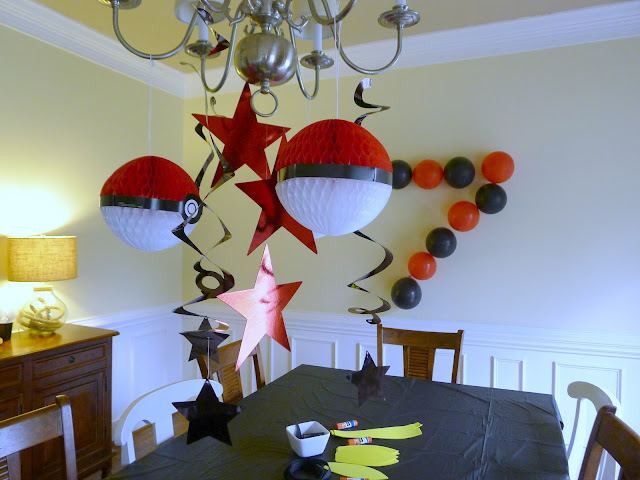 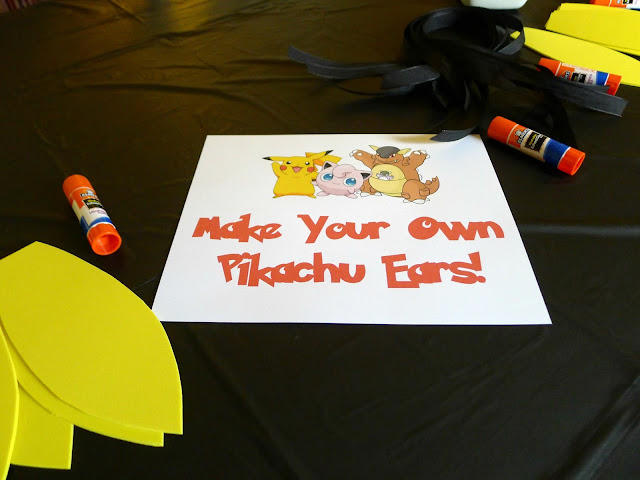 I got this idea from Frog Prince Paperie (she has a template on her website for prepping your supplies). The kids had a lot of fun with this one. 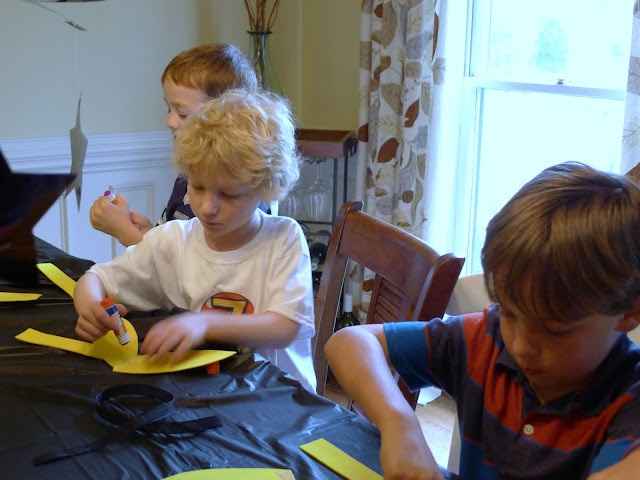 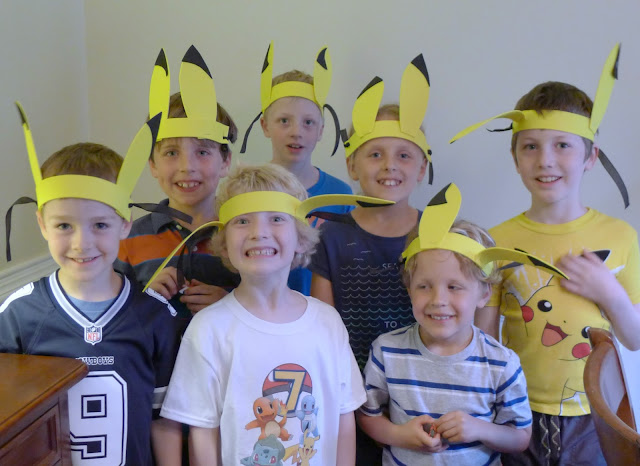 Another craft I did for this party was to make our own Pokeballs: 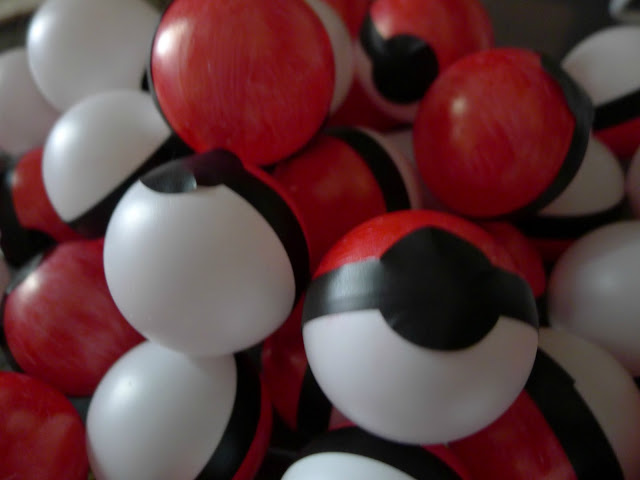 I started with these ping pong balls,

colored half of each with a red Sharpie, and then used my Silhouette to cut black vinyl into a rectangle shape with a circle. Feel free to contact me for the Silhouette file if you need it.  My son pointed out that the circle should have been hollow, so obviously they were SO NOT PERFECT but they worked!

What did we do with our Pokeballs?  I'm glad you asked!  Let's talk about our games!

Game Ideas
First off, after each activity or game I rewarded the kids with a Pokemon card or three (I bought a 50-pack on ebay for less than $10).  This kept them really motivated to do all the activities and I think made things fun.  As I said, the kids first made Pikachu Ears.  Then I had them each select a Pokemon (I bought this 24-pack from Amazon). 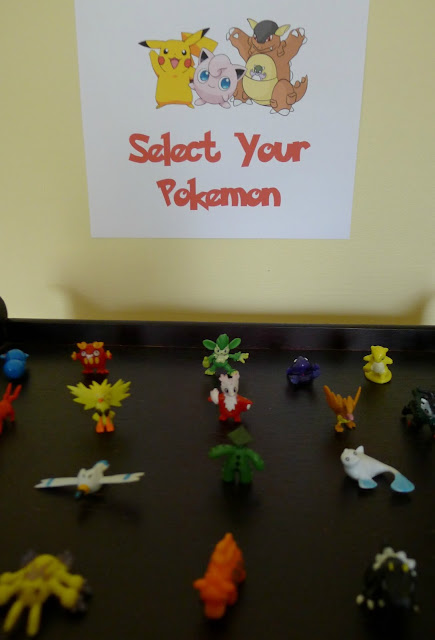 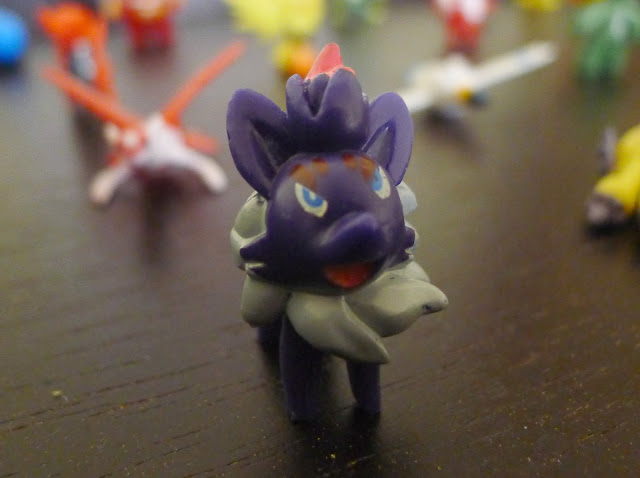 Next, we had to train our Pokemon.  I had two activities: boring old Catch Charizard with a Pokeball (from Party City), which is exactly what you think it is.  But the other game, which I made up five seconds before the party started, was Toss Your Pokemon Closest to the Pokeball While Standing Behind a Line of Tape and See Who Gets Closest.  The kids *loved* this game so we played it three times. 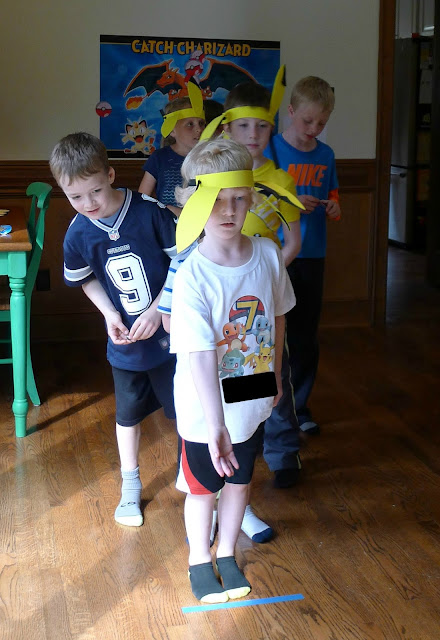 While we ate a snack and cake, we played our "Psychic Challenge" which was to guess how many Pokeballs (there they are) were in the jar. 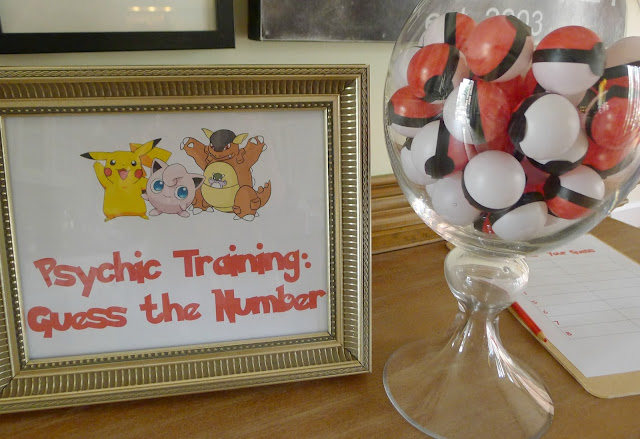 I love it that the youngest party guest won this game!  Then everyone got a Pokeball.  Now the kids had Pikachu Ears, a Pokemon, cards, and a Pokeball.  They definitely needed a place to keep all that stuff, so I sent them outside for the final game, "Gotta Catch 'em All," which was basically a quick little hunt for the party favors: 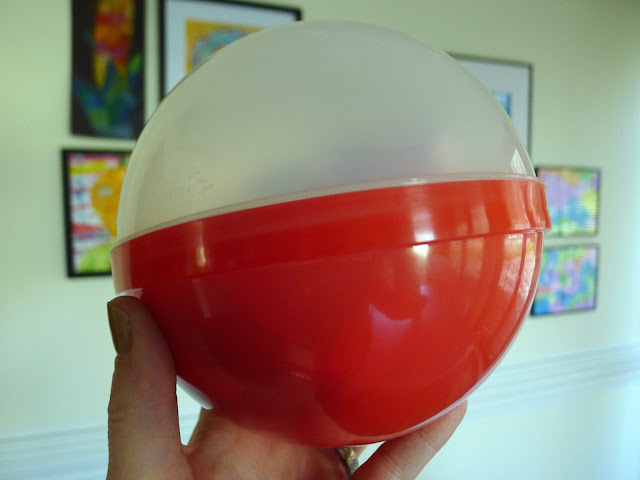 These plastic favor balls are from Party City, and look enough like Pokeballs that they go with the theme.  I thought it would have been fun to use electrical or washi tape around the center, but never got there.

All in all, it was a very fun party and also I learned so much about Pokemon that wow, I just never knew what I was missing;)  Have fun partying!