Did you know that today is Flag Day?  I don't really know where Flag Day comes from, but that won't stop me from flagrantly using it as an excuse to show you my latest fun project!

I have coveted this flag from Pottery Barn for roughly a thousand years , how about you?

But...since I am frugal fannie over here...I was just gonna paint one myself until I stumbled upon an even easier idea.

Enter one huge frame I nabbed at a yard sale for 50 cents: 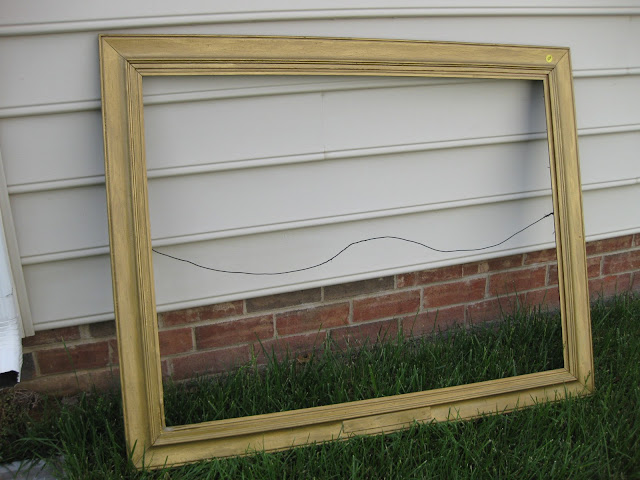 I know!  It was filthy and beat-up, but still...fitty cent aint bad, right?  And, with the Fourth of July just around the corner and visions of red, white and blue dancing in my head, I remembered an old flag I still had... 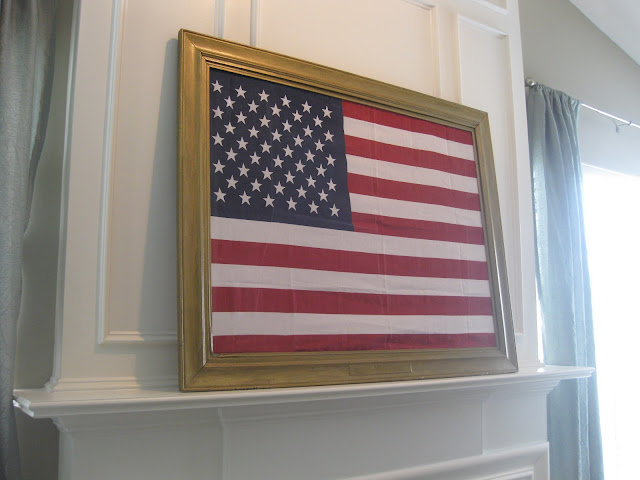 ...and voila!  Me, my staple gun, and about 10 minutes was all it took to turn my old faded flag into Old Glory.

The flag and the frame opening were both 30 inches high, so I knew it was meant to be.  I didn't get all the flag's width in there but I think it's close enough.  I simply stapled the flag directly into the back of the frame: 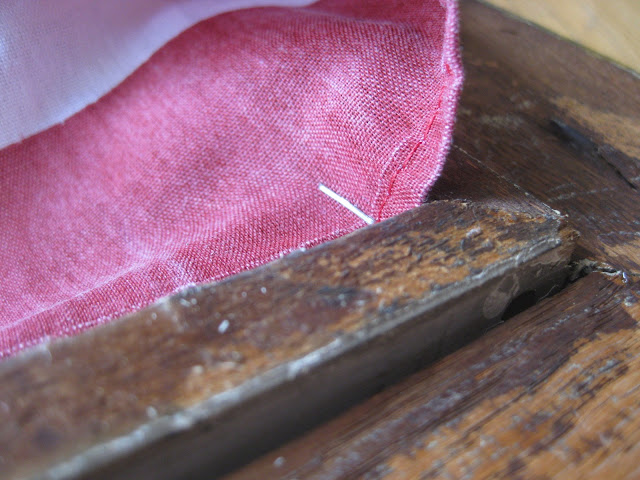 I didn't iron it or anything because I wanted it to shine in all its faded beauty.


Just in time for Flag Day!