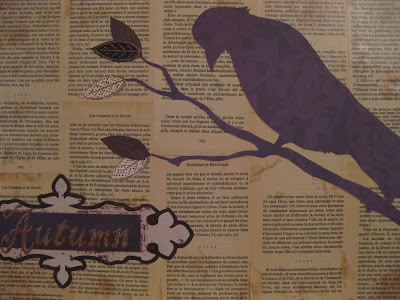 Thanks for coming back to see more of my spooky-ish Autumn artwork.  If you missed it in its natural environment, you can see it here.  I am calling this a tutorial, although its really just a description of what I did this time, and could easily be called a Not-torial because in some ways it is how NOT to do a project!  (I guess when you write blog posts late at night you come up with words like "not-torial."  But hey, you're still reading, or at least I can pretend you still are, so there). 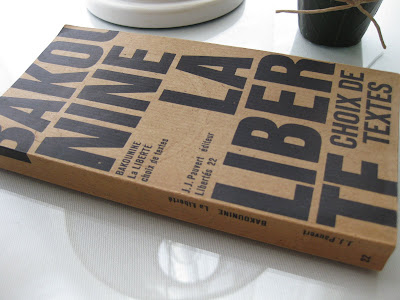 First step was to tear out pages from an old book.  I used a book written in French because I am going to Belgium and France any day now and I cannot contain myself.  This was the first time I ripped up a book, and I hesitated, even though it was a book and I bought for a buck 15 years ago.  So I did some research on old Bakounine to determine whether this might be worth a read sometime.  I learned Bakounine was a Russian anarchist.  So I decided to rip up his book.  How's that for anarchy, Bak?  Hmmm???

After cutting out a piece of heavy poster board to the right size, I used Paper Mod-Podge to glue the pages on like bricks, and I also used a can of Diet Coke with Lime in a VT coozie, because I like to represent even when alone in my craft room.  Go Hokies!  Then I trimmed the excess off the edges. By the way, if you look super closely you will see that every page number has a 5 in it, because 5 is my favorite number.  And because I love finding new ways to be wildly obsessive. 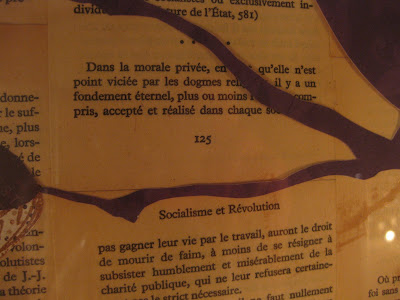 After I trimmed the edges I decided to "antique" the thing a bit more using my favorite technique--an caramel colored ink pad just brushed along the edges and lightly across the surface. 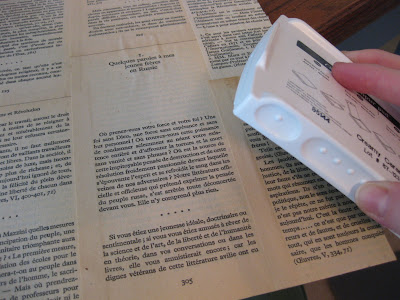 To make my little crow, I looked at a silhouette from some free clipart site, and just kinda freehanded a similar shape onto the back of my scrapbook paper.  The thing is, if you draw on the back you can do it thousands of times and make all kinds of mistakes, and it doesn't matter. Cut her out and had a lovely plum damask crow.  Now that's something you don't hear every day! 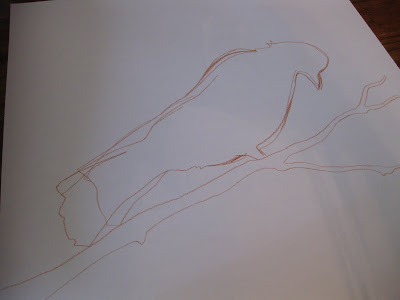 To make the "Autumn" I contemplated a number of techniques and boldly decided to take the most difficult, least efficient route.  I printed out the word "Autumn" on plain paper using Wordart so it would be an outline.  Then I used my Stampin' Up Versamarker, embossing powder in two colors, and my embossing heat tool to fill it in. 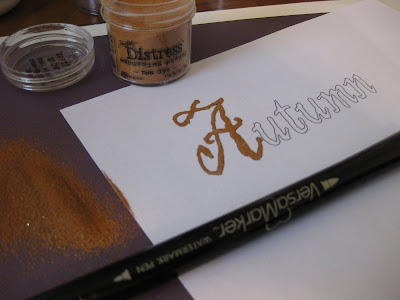 Then, in a fit of ridiculousness, I cut out each letter.  To do this you will need precision craft scissors, tons of patience, and loads of time.  I only had precision craft scissors, and they were dull.  So, no, I do not recommend this technique.  You could do something similar by using a stamp on colored paper, leaving your filled-in word on the white background, using your awesome Cricut or Silhouette machine, or probably a thousand other less ridiculous ways.  But I was determined to not give any more money to the craft store for this project, so I did it the hard way.

Similarly, I wanted a cute frame around the word, but stubbornly refused to just buy something from the embellishments aisle at the Lobby.  So I found a cute shape on a piece of scrapbook paper I already had and used that instead. 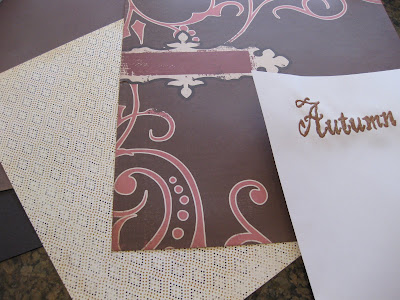 Finally I used a leaf stamp and more embossing on various papers to put my little leaves on there.  Attached everything with either Mod Podge or scrapbook adhesive. 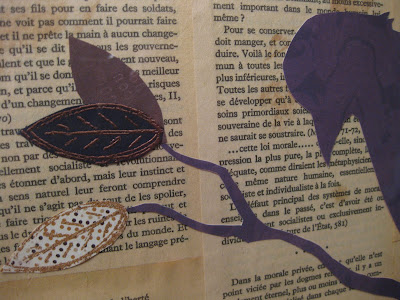 And voila!  Fall art for my home.  Happy crafting, peeps!