We got outside quite a bit this weekend, which I consider a victory any time it happens in February. 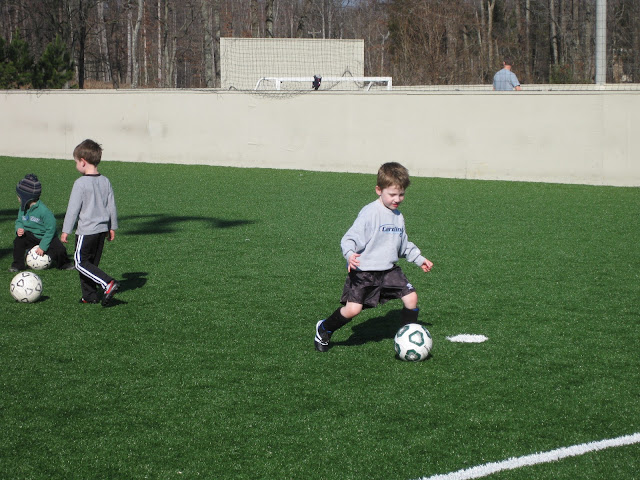 Speaking of victories, my son had his first soccer game ever on Saturday, and even though they were crushed by a younger and smaller team, we consider it a victory in the name of learning the game.  And sportsmanship.  And most of all, having fun.

Biggest also filled up his marble jar this week, and the prize he drew at random was "To Go Exploring Somewhere New!"  So off we went into a small bit of wilderness on Sunday, and had a great adventure. 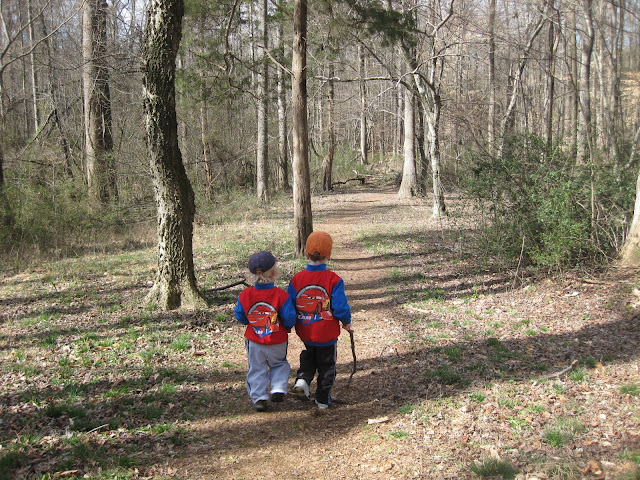 It was a brisk, pretty winter day, with just the earliest signs of spring. 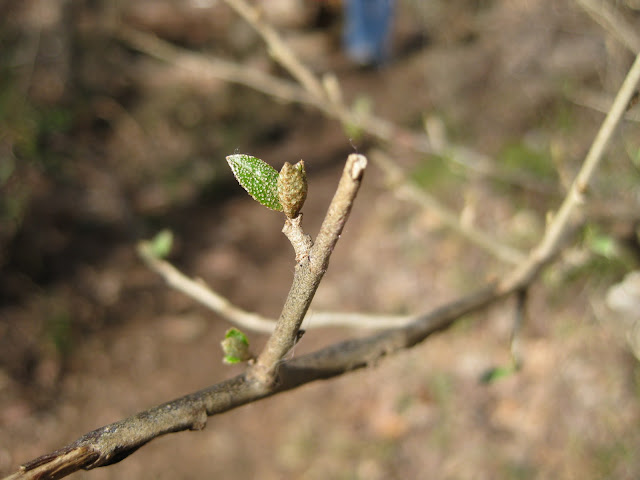 Beautiful.  We even discovered a stream, which my boys named "Skeleton Stream."  That's boys for ya.  Like I said, beautiful.