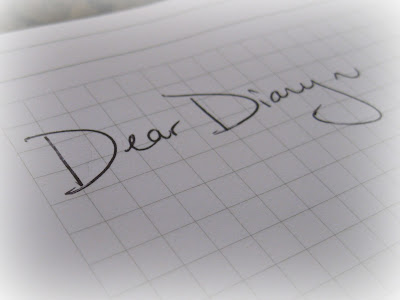 I'm writing today because I can't bear to speak publicly about winning the award for Worst Mommy Ever.  It has been four days and I can only just now speak about what happened.  You see, I was running errands.  It used to be that running errands was kind of fun and felt productive.  I would plan my route according to what really needed to get done, and, four or five stores later, I would get around to the fun stuff.  Then I would come home after six or so hours, laden with bags and happy.

These days, "running errands" means planning one or two stops around snack time, meal time, and nap time.  It means no more than an absolute max of three stores or else I will break my back from lifting two big boys and a double stroller in and out of the car twice per stop.  It means sweating no matter the weather, because it is hard work.  It means making a judgment call based on everyone's mood, and planning on using every public restroom in sight, even if we just got in the car and I just asked "do you need to pee?" and I was just told "No!"  It means coming home with whole milk and forgetting everything else.

So Thursday morning I had two goals: go to the grocery store to pick up some posterboard, then take a longish drive up to a paint store in my endless quest for the perfect beige paint color.  This should not be that difficult, right?  So we go to the grocery store and emerge with a large package of posterboard, two balloons which are free for kids at our store, a Grande Skinny Chai from the Starbucks conveniently (and devilishly) located inside, and I even remembered both children.  We make it to the car even though I have no free hands, and everyone manages to get in.  The posterboard, the boys, the stroller, the balloons.  Even the Chai.  This is like thirty minutes after we go in for one thing.  Littlest Boo has a death grip on the balloons and screams like a banshee when I try and remove them from his fat little hands, so I go around to strap in Biggest Boy first.  And off we go!

Twenty-five minutes, five miles of Interstate, and mucho traffic later we get to our destination.  I go around to get LB first, and he's not buckled in.  He's not buckled in!  My heart dropped in my chest, my thoughts started racing and I just started praising God that he was safe.  Apparently out loud, because Biggest Boy starts saying, "Thank the LORD, Mommy, Thank the LORD!"  Which made me laugh enough to calm down.  But still.  This was not a short drive, and it wasn't just around the block.  I cannot believe that I forgot to strap my baby in the car, and besides compulsively checking his buckle for the last four days, I have also been mentally punching myself in the face.

So, that's how I was nominated for Worst Mommy Ever.  Want to know how I won?

The next day I asked That Daddy to go to the liquor store for some Schnapps.  Biggest Boy desperately wanted to go, so he went along in spite of my husband's protests that he was just going to the "adult store" (Stop that snickering!  Minds out of the gutter!")  So they walk in and BB yells, "Hey!  This isn't an 'adult store!'  Mommy brings me here all the time!"

True, if "all the time" is the same as "once a year."  But still, officially the worst.  Ever.  So Diary, thanks for listening.  And don't tell anybody!