My Life is a Comedy Bit 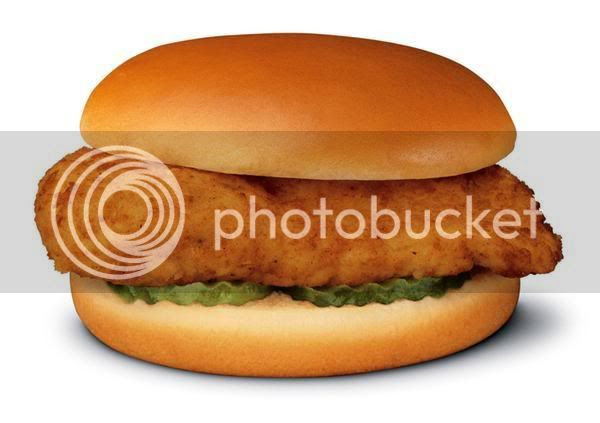 Some of you told me you enjoyed reading about the "incident" (read: nuclear meltdown) that took place at Bed, Bath + Beyond.  If you missed that little gem, you can read all about it here. And if you liked reading about That Mommy's prolonged auditory "gift" to the fellow BBB shoppers, read on.  Apparently, utter humiliation was not enough for the Biggest Boy.  Nope, last week he decided that Chick Fil-A would be the perfect forum for a repeat performance.

We were there with my dear friend and her toddler daughter.  From the moment we pulled up--nay, the moment I even mentioned we were going--to Chick Fil-A, all Biggest Boy could talk about was the playground there.  You know the one--it is full of really neat climbing platforms and a giant plastic slide, all built to a height of approximately 3000 feet into the air but occupying only about a 20 square-foot footprint.  Yeah, it is vertical.  And also, encased in glass.

So, Biggest Boy wants to go in there right after he eats, which is fine because I can watch him through the glass while I finish my delicious new Spicy Chicken Sandwich.  (Nope, I don't officially endorse Chick Fil-A, but if they come callin', I'm their girl.)  And up he goes, and for two more minutes I sit there chatting with my friend, unaware of impending doom.  Oh, how naive and happy I was for those two minutes.

So when I don't see him after a couple of minutes I go in and start calling to the child.  Five minutes later, after a perverse game of Marco Polo in which I put a cramp in my neck and possibly lose some hearing due to the children screaming at unholy decibels, I finally locate him.  He is stranded on the very top platform, peering down at his ant-like mother and screaming his bloody head off.  Of course my first reaction is deep concern, thinking he is either seriously injured or really, really scared.  So I proceed to yell loudly and repeatedly at him to calm down, which is perhaps not so effective.  Me: "CALM DOWN!  JUST CALM DOWN FOR A SECOND!"  Him: "waaaaaaaaahhhhh..."   After a couple of minutes of this madness, I realize that there is something more going on here.  The tip-off was when he tried putting his feet down to the next platform, came within 1/16th of an inch of touching it, and then pulled up like he just stepped on hot lava and started yelling for me to come up and get him.  Then I remember.  This happened before, and it was with his dear grandmother who I believe did, in fact, go get him.  He wants a repeat, and I will be gall-darned before I teach him that he will be repeatedly rescued while kids half his age lap him.

So for 10 minutes I stand there trying to talk him down, visions of police negotiators talking jumpers off buildings swimming in my head.  What would Bruce Willis do, I wonder.  Perhaps he'd be better prepared.  By now I am sweating and turning red (a common theme for scenes of public humiliation, I am learning).  My friend keeps motioning for me to leave him alone and come eat, which in retrospect was actually a great idea, but a small part of me still felt scared for him and couldn't do it.  He was wailing and carrying on so much that I briefly considered climbing up.  Then I looked through the glass at the 200 other moms watching this fiasco go down, and decided that there would have to be a medical emergency before I'd be willing to snake my fat rear-end up twenty child-sized platforms, much less back down again with a screaming demon in tow.

I am already thoroughly embarrassed at this point, and also missing my Spicy Chicken Sandwich, when another mom comes in.  I think she came in to make sure the weirdo actually had a child in trouble and wasn't just some freakshow ChickFil-A glass-bowl exhibitionist.  Turns out she has the world's most helpful 4-year old. Suddenly Little Dr. Phil is up there coaching Biggest Boy, and gets him to climb somewhere and do something, I have no idea what because I am only catching fleeting glimpses of what's going on up there.  The mom says she remembers this phase, and I am sure she is lying because her ridiculously helpful child obviously never behaved like this.  This seems like a good time for me to go check on my friend and our toddlers (and my sandwich), so I go out there and tell her "what a disaster, he's so scared, yadda yadda."  When the baby sees me he starts to scream his head off.  Bonus points for double humiliation!  So we all go back in together.  Because at least the glass bowl is somewhat sound-proof, so your toddler's screams in there can only bother other kids.  And their Mommies who happen to be stuck in there all afternoon.  And their Mommies' eardrums.  But I digress.

And shortly after we go back in (mind you, after at least 20 minutes of fearful crying for Mommy), we hear...nothing.  Nothing except the sound of my child calmly thanking the boy "for his advice," and then saying, "Mommy!  I'm not crying anymore!"  Seriously, I should have left him in there the whole time and been none the wiser.  Then he comes down the slide like nothing ever happened and says, direct quote,

Good thing I was with such a good friend, because we just lost it and started laughing uncontrollably.  And that's the story of how I convinced hordes of moms in the Chick Fil-A that I am a crazy person.